Last night, I dreamt I went to inspect my handiwork in a palatial, L-shaped room that I'd stripped of wallpaper the previous day. To my dismay, I discovered that, while I had been away, someone had re-papered the walls and ceiling with a hideous, embossed Anaglypta. The re-papering, I realised, bore all the hallmarks of the Incredible Hulk.

Passing down a long passageway, I came to a door behind which I could hear voices talking. I knocked and entered, only to discover that I had interrupted an earnest conversation between Tony Stark/Iron Man (played by Robert Downey Jr), Bruce Banner/The Hulk (Mark Ruffalo), and Natasha Romanoff/Black Widow (Scarlett Johansson). All three were wearing civilian clothing, rather than being ‘suited up’ in their super-hero garb, but it was obvious even to me that some dire emergency was afoot.

Clearly wishing to get rid of me, Tony Stark informed me that he needed my help on an important mission. He handed me a small metal container, about the size of a tin of shoe polish, but without any of those stupid twisty things on the side to help you open them. As you might expect from the creator of the Iron Man suits, the container looked indescribably cool in gleaming, gun-metal grey—although I was secretly a bit disappointed that he hadn't thought to throw a little hotrod red in there before he got Jarvis to render it. Tony explained that he was supposed to be cooking an extra-special paella for all the other Avengers, Nick Fury, and the senior agents of S.H.I.E.L.D. that evening, but that he was now in a bit of a rush, so he needed me to get started on the rice. He had, he said, already made some of his extra-special chicken stock, which I would find simmering in the kitchen. All I had to do was introduce the stock a few spoonfuls at a time into the rice, the requisite amount of which I would find in the cool, metal container. At this point, Natasha Romanoff gave one of her secret little smirks and made her excuses to leave before the only ‘girl’ present was also roped into cooking duties.

I looked down at the cool, metal container in my hand, thinking that it couldn't possibly contain enough rice to go round—especially if Dr Banner transformed into the Hulk—but Tony Stark assured me that the rice was a very special form of genetically modified rice invented by Stark Industries, and that there would be plenty enough for all. So, I headed off to the kitchen to make a start on the paella. And then I woke up. 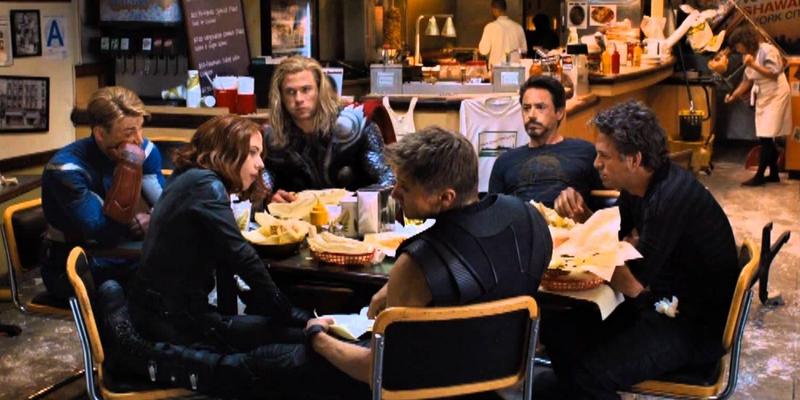 I don't think helping Tony Stark to cook paella for his super-hero friends and S.H.I.E.L.D. colleagues quite qualifies me for enrolment in the Avengers Initiative, but I do now at least know what my own super-hero name is:

The truth is, I am Rice Man.

…wonderful. Science and history and geography and evolution and culture all tangled up in musings while walking about the moors around Hebden Bridge.
—PZ Myers, biologist and blogger, Pharyngula