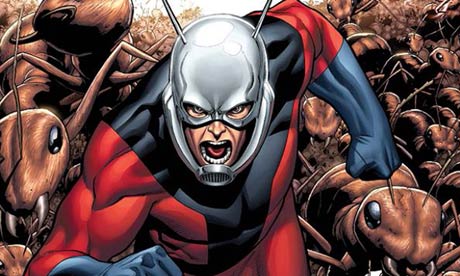 With Marvel's recent announcement that Edgar Wright's Ant-Man is finally set to hit the big screen in 2015, some might wonder exactly why it's taken quite so long for the movie to get the green light.

Let's hope this film is so successful that they make a sequel called Ant-Man B.

(A little joke for all you Beefheart fans, there.)

…wonderful. Science and history and geography and evolution and culture all tangled up in musings while walking about the moors around Hebden Bridge.
—PZ Myers, biologist and blogger, Pharyngula