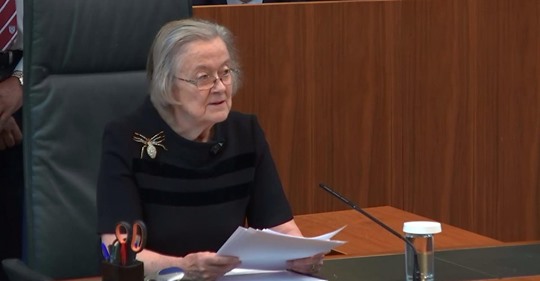 Boris Johnson's decision to suspend Parliament was unlawful, the Supreme Court has ruled.

Mr Johnson suspended—or prorogued—Parliament for five weeks earlier this month, but the court said it was wrong to stop MPs carrying out duties in the run-up to Brexit on 31 October.

Supreme Court president Lady Hale said "the effect on the fundamentals of democracy was extreme."

If that oaf ‘Boris’ Johnson a shred of honour (which clearly he doesn’t), he’d be stepping down to spend more time with whichever poor woman he’s shacked up with this week.